Woodtwist Member
August 2017 edited August 2017 in The Guild Hall
There's always a reason to celebrate at Level Capped, Come join the party. We're always looking for new recruits that can show us they can run with the pros without skipping a beat. 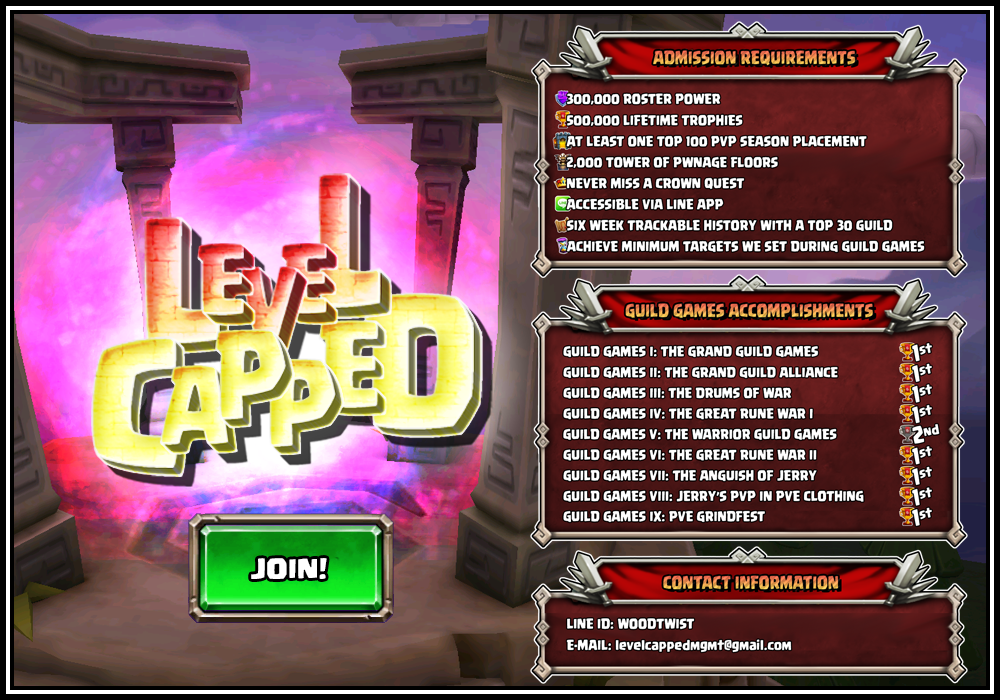 If you think you have what it takes and can meet our requirements above then contact me through Line ID: Woodtwist

Don't think you can make it into Level Capped yet and itching to work your way up to the top? Then join one of the VAS family of guilds for we are always looking there for diamonds in the rough. 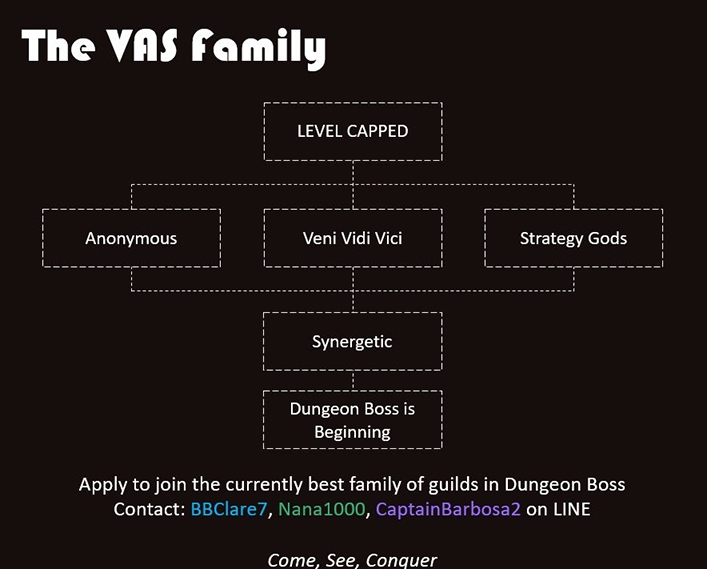