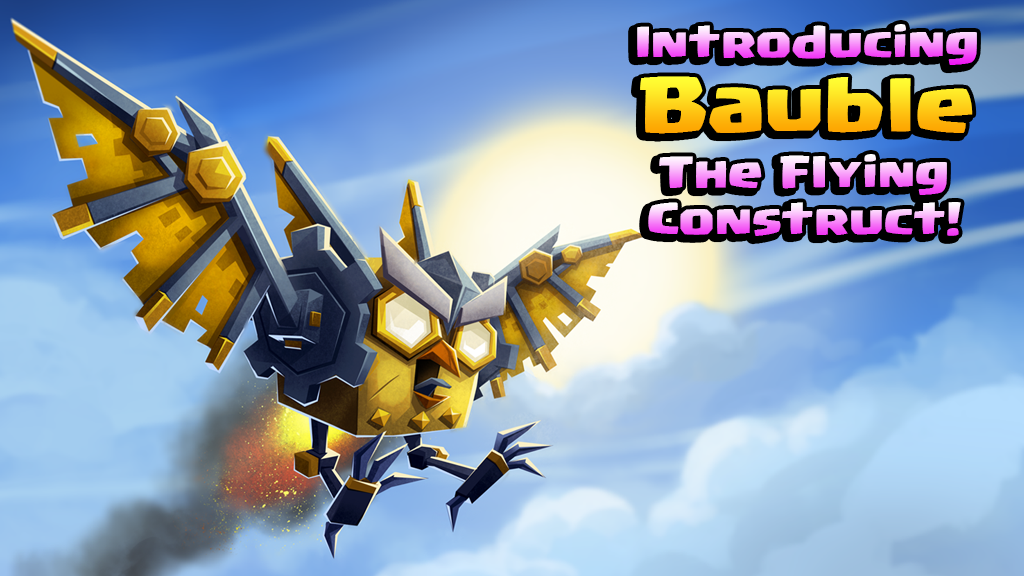 You can watch a video overview of his abilities over on our Facebook Page!

Background: “Eureka!” Therand mumbled, shoving stacks of books and hopping over small hunks of metal to get to a desk across the room. He hurried over to a small box on the desk, and inserted a glowing crystal encased in a tube into an open slot. He closed the hatch on the box, and cranked a switch. Two lights flicked on from the other side of the box. A puff of smoke emanated from the back. Small extensions sprang from the side of the box, raised up, then flapped down suddenly. The box popped up off the desk a foot, and began flapping rapidly around the room, issuing mechanical hoots occasionally when it encountered something new.

Silence fell. Then suddenly, “It’s perfect!” Therand exclaimed, throwing both hands up in the air.

Traits
Abilities and Ascensions:
Next Ascension: